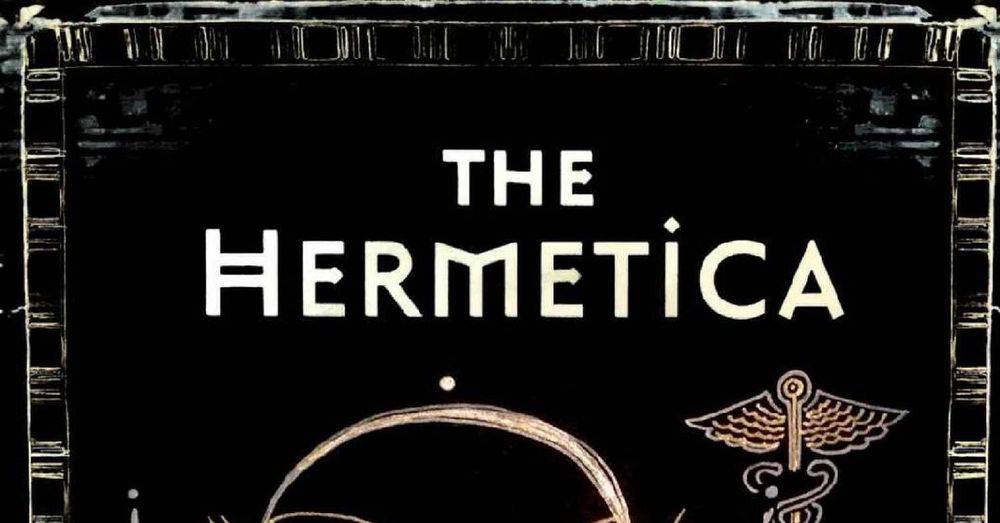 This is velvet to my heart!

The first easily accessible translation of the esoteric writings that inspired some of the world's greatest artists, scientists, and philosophers.

Here is an essential digest of the Greco-Egyptian writings attributed to the legendary sage-god Hermes Trismegistus (Greek for thrice-greatest Hermes) a combination of the Egyptian Thoth and the Greek Hermes.

The figure of Hermes was venerated as a great and mythical teacher in the ancient world and was rediscovered by the finest minds of the Renaissance. The writings attributed to his hand are a time capsule of Egyptian and Greek esoteric philosophy and have influenced figures including Blake, Newton, Milton, Shelley, Shakespeare, Botticelli, Leonardo da Vinci, and Jung.

Here Hermes takes us through his mystical vison of the creation of the universe, god and our place in it.

Portions of this can be found in Hermetica by Timothy Freke and Peter Gandy.

The New Earth Activation trainings - Immerse yourself in 12 hours of content focused on the new earth with channelings, meditations, advanced training and access to the new earth https://realityrevolutioncon.com/newe...