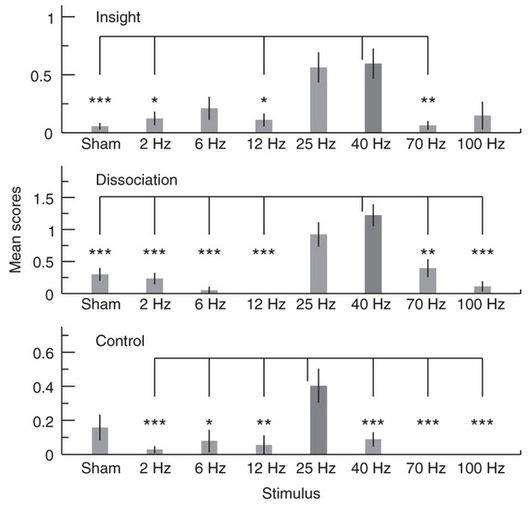 An electrifying experiment led by Ursula Voss of Frankfurt University has revealed a way to artificially induce what appear to be lucid (or perhaps semi-lucid) dreams as much as 77% of the time.

The method involved "zapping" the brains of non-lucid dreamers while they were asleep and dreaming. Transcranial alternating current stimulation (tACS) was applied via electrodes to the frontal cortex for 30-second periods.

The 27 subjects were awoken shortly after to provide their dream reports and rate them on a lucidity scale.

"They were really excited," said Voss. "The dream reports were short, but long enough for them to report 'Wow, all of the sudden I knew this was a dream, while I was dreaming'."

Having tested a variety of frequencies, Voss and her team soon zoned in on the magic 40 Hz frequency (and to a lesser extent, 25 Hz) as the best trigger for inducing apparently lucid dreams.

This Gamma band sweet spot coincides with earlier research by Voss in which she detected 30-40 Hz brainwaves via EEG in experienced lucid dreamers.

The new claim is that Gamma frequencies associated with heightened awareness are fundamental to lucidity, rather than a by-product of it.

A Silver Bullet for Lucid Dreaming?

This is the first time scientists have identified a reliable way to artificially trigger heightened self awareness in dreams. Does this mean we could all tap into instant lucid dreams with a portable "brain zapper" in future?

Christian Jarrett, writing for Wired, pointed out that while the participants reported realizing they were dreaming, they were still inexperienced in handling that lucidity, as demonstrated by their average lucidity scores.

The dream subjects were asked to rate their dreams on a measurable lucidity scale, from 0 (strongly disagree) to 5 (strongly agree) for the following features:

Even at the most effective Gamma stimulation, average scores were relatively low: 0.6 for insight, 1.3 for dissociation, and 0.5 for dream control:

So although the success rate of tACS is vastly improved compared to old school lucid dream masks like the REM Dreamer and NovaDreamer, both technologies rely on the dreamer to actively sustain their lucidity.

If you decide to invest in a tACS electrical stimulation product, it's also important to invest the time in developing sufficient mindfulness to apprehend, sustain and control your technology-induced lucid dreams.

Even so, Voss' results are truly remarkable. It's an important discovery that Gamma waves are a causal factor in lucid dreaming. What's more, with such a good success rate, tACS stimulation could become a popular lucidity inducer in future, making this brain state more accessible to the wider population. 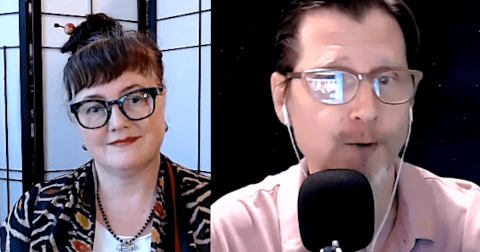