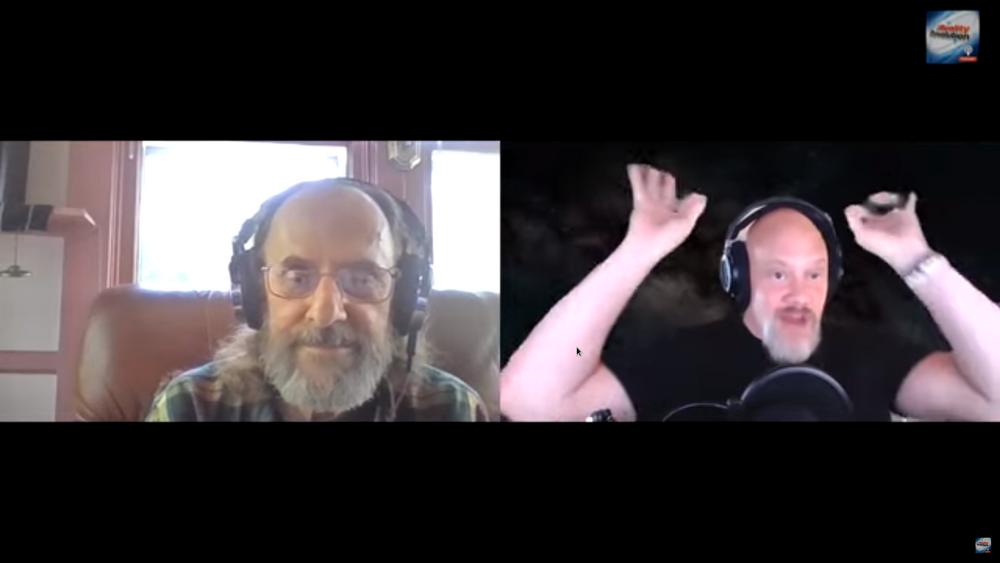 Here we have an introduction on the work of Jim McCarty.

The Law of One is a series of five philosophical monographs written between 1982 and 1998 by L/L Research. The series presents commentary and transcripts of a dialogue between a "Questioner" and an extra-dimensional being "Ra".

The introduction to the first book explains that the Questioner is Don Elkins and that Ra is a higher density intelligent life form speaking through the body of channeler Carla Rueckert, one of the co-authors.

Communication with Ra was achieved through channeling, which involved Carla Rueckert entering a hypnotic state (called an "unconscious trance" by the authors) where she would answer questions posed by Don Elkins. Her answers were taken to be direct communications from Ra. This dialogue between Don Elkins and Ra was then recorded and transcribed by James McCarty to produce the five books.

What emerged from these dialogues was an elaborate philosophy called "The Law of One" presenting the basic principle that "All is One" or that all things are ultimately the same thing. The five books explore this premise in relation to many aspects of life including philosophy, religion, spirituality, cosmology, anthropology, history, physics, biology, geology, and the paranormal.

I was so excited to interview Jim Mccarty and uncover more about this amazing channeling.  Jim is quite amazing and it was mindblowing to talk with him.

James McCarty was born in 1947 in Kearney, Nebraska. After receiving an undergraduate degrees from the University of Nebraska at Kearney and a masters of science in Early Childhood Education from the University of Florida, Jim moved to a piece of wilderness in Marion County, Kentucky, in 1974 to build his own log cabin in the woods, and to develop a self-sufficient lifestyle. For the next six years, he was in almost complete retreat.

He founded the Rock Creek Research and Development Laboratories in 1977 to further his teaching efforts. After experimenting, Jim decided that he preferred the methods and directions he had found in studying with L/L Research in 1978. In 1980, he joined his research with Don’s and Carla’s and the legal entity that we are today comes from this joining of Jim’s non-profit charity, The Rock Creek Research and Development Laboratories, with L/L Research in 1982. We use Rock Creek as our legal name, and do business as L/L Research.

www.lawofone.info
Home of The Law of One material, L/L Research is a non-profit organization dedicated to discovering and sharing information to aid in the spiritual evolution of humankind.

L/L Research freely offers virtually everything it has ever channeled, written, or created through this website. This includes more than 1,500 channeling transcripts, a dozen published books, newsletters, speeches, journals, and more.
https://www.llresearch.org/​

There are numerous books collecting Jim's channelings of Quo and books by Carla that are amazing and I recommend every one of them.

All my videos on the law of one - https://www.youtube.com/playlist?list...