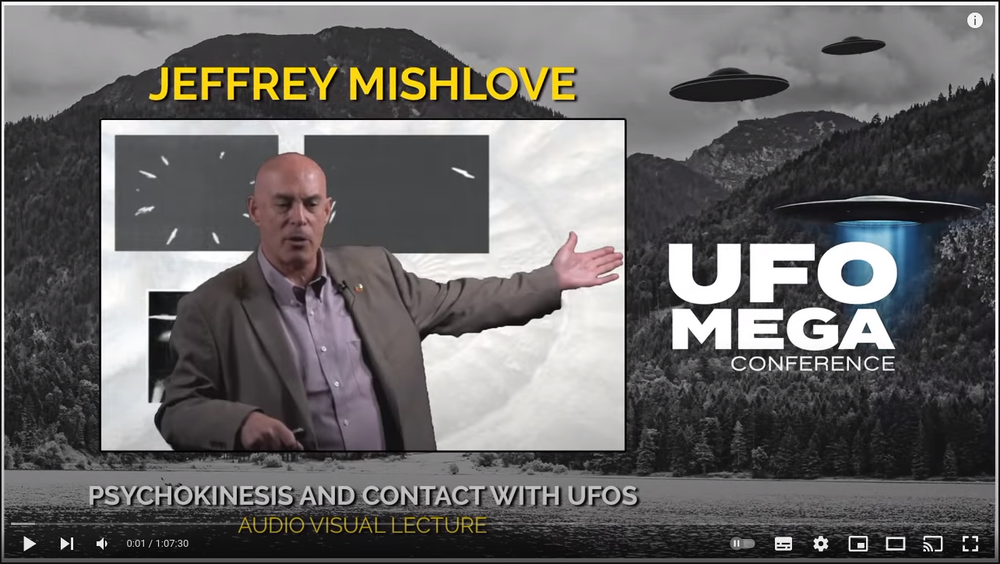 Courtesy of UFO Mega Con https://bit.ly/UFO_MEGA_CON_USA - Audio/Visual Lecture. Jeffrey Mishlove's reveals his fascinating research into Ted Owens, who claimed to possess powerful psychokinetic abilities given to him by "Space Intelligences" were too bizarre and extreme for many to believe. When these claims were ignored or challenged, he purportedly used his powers to produce earthquakes, civil unrest, UFO sightings, strange weather events, and other powerful phenomena. Owens even threatened to down aircraft to garner attention. Was there any truth to Owens' abilities, or was he a fraud?

The Case of the PK Man with Stephen E. Braude

Stephen Braude, PhD, is an emeritus professor and former chairman of the philosophy department at the University of Maryland, Baltimore County. He has also served as president of the Parapsychological Association. He is author of The Limits of Influence: Psychokinesis and the Philosophy of Science,  First Person Plural: Multiple Personality and the Philosophy of Mind, Crimes of Reason, The Gold Leaf Lady, Immortal Remains, and ESP and Psychokinesis. He is the recent recipient of the prestigious Myers Memorial Medal awarded by the Society for Psychical Research for outstanding contributions. He also serves as editor of the Journal of Scientific Exploration.

In this program, the tables are turned and Dr. Braude interviews New Thinking Allowed host, Jeffrey Mishlove, about his decade-long research study of the paranormal abilities of Ted Owens, as published in Mishlove’s book, The PK Man. The interview touches on difficult philosophical conundrums posed regarding the various interpretations of precognition and psychokinesis. Braude and Mishlove also explore the ethical dilemmas associated with psychokinesis.

New Thinking Allowed host, Jeffrey Mishlove, PhD, is author of The Roots of Consciousness, Psi Development Systems, and The PK Man. Between 1986 and 2002 he hosted and co-produced the original Thinking Allowed public television series. He is the recipient of the only doctoral diploma in "parapsychology" ever awarded by an accredited university (University of California, Berkeley, 1980). He teaches parapsychology for ministers in training with the Centers for Spiritual Living through the Holmes Institute. He has served as vice-president of the Association for Humanistic Psychology, and is the recipient of its Pathfinder Award for outstanding contributions to the field of human consciousness. He is also past-president of the non-profit Intuition Network, an organization dedicated to creating a world in which all people are encouraged to cultivate and apply their inner, intuitive abilities.